The end of Console Gaming 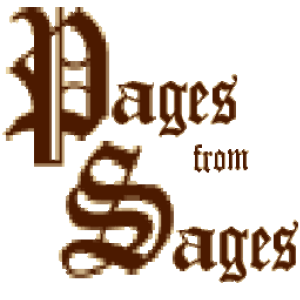 It has already been over 5 years since I bought my PlayStation 3 and decided to stop PC gaming. This had partly to do with PC gaming becoming pretty expensive. Not the game price’s tag, but keeping up with the hardware ‘race’  around it. Investing in good PC hardware is quite expensive compared to buying the next generation console once every 5 to 7 years. After having build my new PC that reason is no longer valid (for now). There are some things from the console side that are the problem.

PlayStation Plus (and it’s counterpart MicroSoft Gold for the XBOX) is probably the main reason for me to quit playing.

I remember when I bought my first PS+ subscription it ‘gave’ me 6 games a month: 2 for the PS3, 2 for the PSVita and 2 for the PS4 and that for the annual price of €50 back then. Then at some point SONY decided to up the price to €60 per year for ‘network improvements’ and dropped the free games for the PS3 and PSVita about half a year later. And the ‘network improvement’ we were give? Just a mere upgrade in the cloud storage.

The other problem I have with PS+ are the games given. At this moment I have collected 146 games in my PS+ library and only 2 of them I like. Because I like them I already had bought those games already in the past, making all games ‘given’ totally worthless for me.

The same counts for the PS3 and PSVita games. Though I have no clue how many games I have accumulated for those consoles (I have ditched my PSVita because the screen is getting too small, or my eyes getting worse – just take your pick 😉).

For these two platforms the problem becomes even bigger because SONY has ‘given’ a lot of indy games through PS+ as well (this also happens on the PS4 but in a lower amount). Most of these indy games are plain rubbish and I even wonder why SONY has allowed them on PSN in the first place.

Here I come to the most important reason to quit playing consoles: the ‘hostage’ of multi-player games. It keeps baffling me WHY you have to pay additional money to play games online in multi-player while on the PC you can do this totally for free.

Earlier this year I decided not to renew my PS+ and I wasn’t able to play my ‘Buy2Play’ MMORPGs anymore. On top of that the NoMansSky community events were disabled as well. Though for the latter I was still able to play the game, for the ‘Buy2Play’ MMORPGs (Elder Scrolls online and Black Desert) I was completely locked out and this is what I am REALLY pissed off about. I mean I payed good money for these games and am forced to pay additional money to play them? No thanks, I pass!

My PlayStation 4 Pro is getting old. Aside from the flight simulator sounds it gives while playing games a new problem has popped up: it’s Blu-ray drive. This started about 6 weeks ago were from time to time it would not read the PS4 game disks anymore. Oddly enough it would read Blu-ray and DVD movies as well as PS3 games (and tell that they were not compatible). Right now the problem is pretty severe that it sometimes is able to read the Blu-ray disk inserted when I start the PS4 and then mostly when it comes from it’s rest mode.

This shows the last severe problem with consoles: repairs. Using a PC I can replace any part of it without problems, but consoles are a different thing.

Repairs through ‘official channels’ (read SONY) are extremely expensive. I have contacted SONY and I can send the PS4 in for repair and they will fix it for me…for a starting price of €200. WTF?!? I can almost get a ‘new’ 2nd hand PS4 Pro for that money! Alternatively I can bring the PS4 to a ‘hobbyist’ (mostly a professional doing repairs on the side) and replace the Blu-ray head for €60 (or more when the drive has to be replaced).

Comparing these prices to a new PC Blu-ray drive shows how bad consoles are in maintenance. The Blu-ray (RW!) drive I have for my PC was around €75 back then and I am pretty sure it is a lot cheaper these days (no need to check for it’s still okay). Not to mention that optical drives on the PC last longer because less and less games come on disk.

I think digital DRM is the only problem the PC has over consoles. Console games I can buy on disk and when I have completed the game or no longer play it at all I can sell the game and get a new one. On the PC however 99.9% of the games are DRM locked to your account and when you buy a physical copy of the game it holds a key you have to use to add it to a digital platform (most likely Steam). This makes PC gaming really expensive. When you have bought a game, you are stuck with it forever.